Who am I? About Me

A Few Words About Myself

I began capturing images in my youth, just trying to get a good shot of my friends skateboarding or performing at local clubs (this was on film, back in the mid-90's). After college, adulthood and career life took over for a while. In 2005, after a snapshot with a cheap digital camera, I realized how much I'd missed creating visual works. I decided to really dig into that passion and see where it lead. In the end, I arrived at a place I can't quite describe. Over the last 15 years, I've shot just about every kind of subject from side-show performers at goth clubs to the iconic cake-smashes of a one-year-old.

Steel Veils started as the brainchild of MichelleX, then in 2007 she and I joined forces. As can sometimes happen with artists, tastes and inspirations change and MichelleX went to a more organic medium (oil painting) but left Steel Veils in my hands where I continued to explore my own vision. Unfortunately, in 2011 I had a series of equipment failures and I decided to bow out of the industry. But, as the time passed, my photobug grew. In 2016 I bought new gear and went back at it. Which brings us all up to date.

I've never been good identifying my own style of photography. Mostly because I tend to stray quite a bit from one style to another - sometimes during the same session. I react to how I'm feeling that day, what the image tells me it wants to be when I'm looking at it. I often will capture an image with a particular idea in mind, then later in post-production discover that the image just feels better with an entirely different process applied. Overall, I lean toward low-key and high-contrast edits. I love shadows, and I love breaking them up with little blips of light.

I don't do this as a job, I do it because I love the craft and I enjoy the wild and unexpected journey of creation. If I had to pin my style into a single phrase, it would be Fine Art. With every subject, I try to find those few aspects that make them unique and capture those in a distinct and defining manner. The only aspiration I have is to become better every time I pick up the camera.

You can read more about my workflow here. 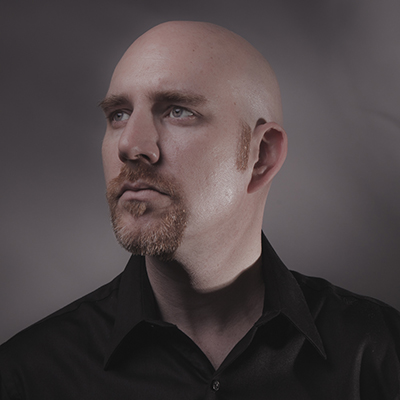 Back to Top
Close Sidebar

I love the craft of photography and I enjoy the journey of creation. If I had to pin my style into a single phrase, it would be Fine Art. The only aspirations I have are to become better every time I pick up the camera...

My contacts and socials How to find me